Dual Sanction your league with ACS 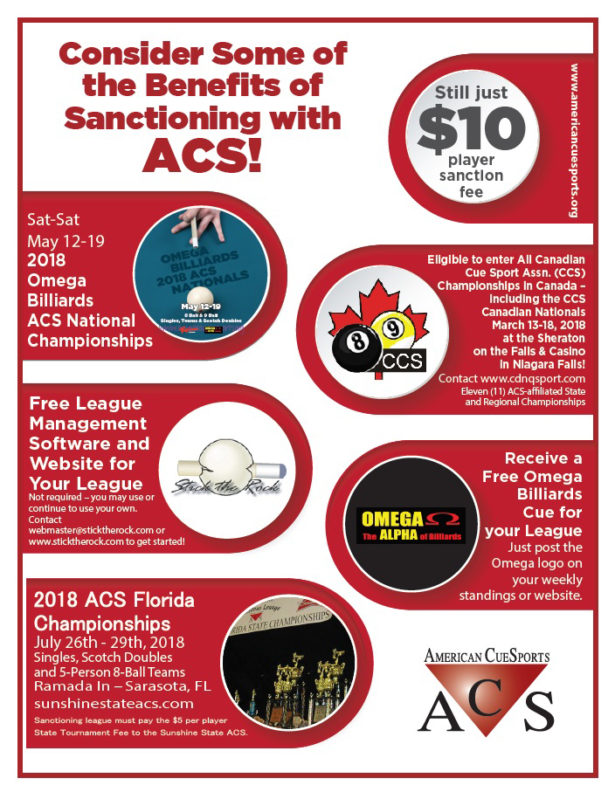 American CueSports Alliance (ACS) is a non-profit, national organization dedicated to heightening the interest and awareness of cue sports through the support and sanctioning of organized competition thorughout the United States. ACS is the only non-profit sanctioning body.

ACS does not sell franchises or territories. The only money submitted is player sanctioning or league membership fees. This fee is $10 per player per league per year.

A league sanctioned with another national league association may dual sanction with ACS as long as its intention is not to undermine the ACS national league-sanctioning body. Any league wishing to dual-sanction with ACS must inform ACS national headquarters of its intentions. There is an ACS Dual Sanction Form that can be completed. But, it is best to call ACS directly at 920-662-1705 to discuss dual sanctioning.

Why dual sanction with ACS?

There are multiple benefits of sanctioning with ACS. These include:

Sanction with ACS to take advantage of some of the benefits that ACS offers.  Click here to learn more about ACS Dual Sanctioning. 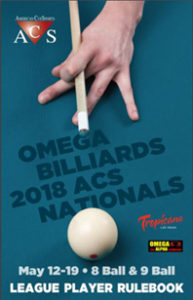