Tournament Schedule
The Sunshine State ACS will be hosting four days of tournament play at the Ramada in Sarasota, FL. In an effort to host a quality tournament and to maximize participation, the tournament organizing committee has created a Corporate Sponsorship Program to help provide an enjoyable experience.
Subscribe
Day 1 – Thursday29 July 2021
8:30am

* Teams and single players must have played in an ACS sanctioned league to compete in these tournaments. All Sunshine State ACS leagues are required to pay a $5 per player State Tournament Fee.  All teams and players competing in ACS tournaments must submit league information to include stats.

The Sunshine State (ACS) Pocket Billiards Association reserves the right to refuse to accept an entry from, or may charge an additional fee to, anyone considered to be detrimental to the well being of the Association and/or tournament 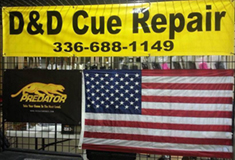